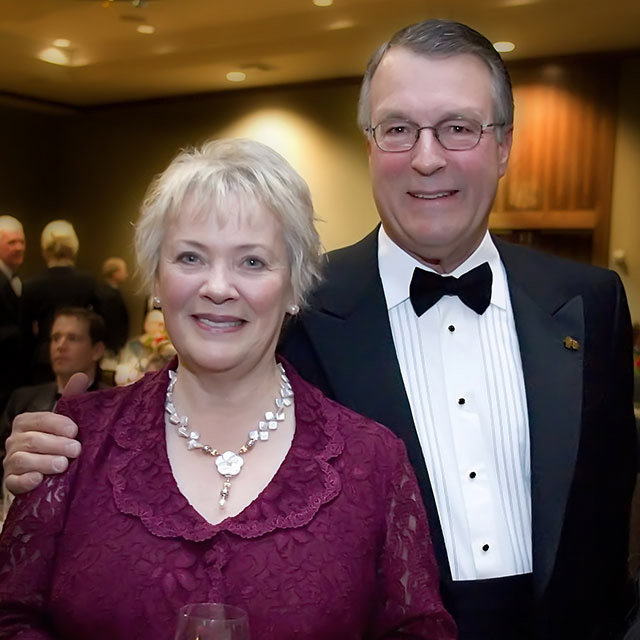 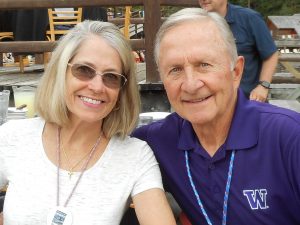 This summer, Bellevue LifeSpring received one of the largest donations in its 108-year-history. Doug and Nancy Boyden established a $100,000 endowment in honor of Kemper and Betty Freeman, in recognition of the Freemans’ extensive years of support to Bellevue’s children and their families through programs providing food, clothing, education and emergency assistance.

The Kemper Freeman Family’s legacy of giving to Bellevue LifeSpring (formerly Overlake Service League) reaches back many generations, beginning with Bessie Freeman, Kemper’s grandmother, followed by his mother Clotilde and sister “Coco.” From volunteering at events to yearly donations, Kemper and Betty Freeman have upheld their commitment to Bellevue LifeSpring in many ways. For example, charging only $1 a year for Bellevue LifeSpring’s thrift store rent inside The Bellevue Collection, which the family has honored for more than 70 years.

The Kemper Development Company and its staff have also been loyal supporters of Bellevue LifeSpring as well as other non-profit organizations, like the Special Olympics Washington. Every year in September, The Bellevue Collection and the Kemper Freeman family host Fashion Week at The Bellevue Collection, where all ticket sales from the Posh Party Trend Show and The Collective Runway Show are donated to philanthropic organizations – equating to nearly $1 million since its inception.

Doug and Nancy Boyden have been inspired by the Freeman legacy of tireless commitment to advance the quality of life for Bellevue and the Eastside in so many ways. Nancy too has worked on behalf of the community, volunteering as an accounting professional for several years with Bellevue LifeSpring and serving on the Board. In this role she saw clearly the important value Bellevue LifeSpring delivers to combat poverty and improve the wellbeing of all Bellevue residents.

“The money from this endowment will help serve the 3,600 children living in poverty in our area in perpetuity, and demonstrates that the people of this community are truly good neighbors,” said Jennifer Fischer, executive director of Bellevue Lifespring. “The Freemans and Boydens are examples of numerous Bellevue neighbors leading the fight against poverty, hunger and homelessness.”