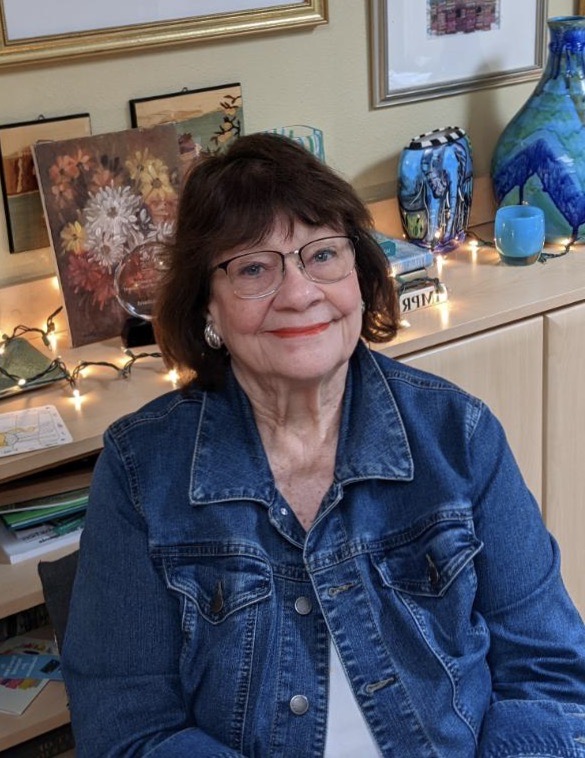 At the recent Step Up to the Plate Benefit Luncheon, Marcia Holland, a Bellevue LifeSpring Fairweather Circle and Life Member, was honored with the 2021 Trish Carpenter Volunteer of the Year award. Marcia has volunteered and supported Bellevue children with Bellevue LifeSpring and Overlake Service League for over 51 years!

The volunteer of the year award is presented to an individual who has exhibited extraordinary support of Bellevue LifeSpring, often behind the scenes and without regard for acknowledgment.

Marcia is an active member of the Fairweather Circle and has served on many committees over the years. “I did just about everything you could do! After 51 years, it’s hard to find something that you haven’t been a part of,” shared Marcia.

Marcia served as the circle’s Board Secretary, Membership Chair and Circle Chair for many years. Marcia shared that she loves fundraising the most and enjoys coming up with and planning creative ways to engage her neighbors and community around giving back.

In the nineties, Marcia was part of helping organize the memorable shoe auction as an accompaniment to the Step Up to the Plate Luncheon. She chaired the event and came up with the idea to have Bellevue designers and well-known individuals design custom shoes to be auctioned off as art pieces to support local children.

Marcia even found a way to get Sarah Ferguson (aka Fergie, the former Duchess of York who was married to Prince Andrew) to design a shoe! “She was really popular at the time,” shared Marcia. “It was so much fun, we had the shoes displayed in Bellevue Square, and we auctioned them off in Nordstrom. I always tried to think of unique and unusual ways to raise money,” said Marcia.

The volunteer of the year award is named in honor of Emeritus Council Member Trish Carpenter to recognize her many years of dedicated service to Bellevue’s children and their families. Marcia’s friendship with Trish is one of the very reasons receiving this award was so special for her.

“It was just overwhelming, and I’m so grateful to be recognized for something I have enjoyed doing all these years,” shared Marcia. “I am such a good friend with Trish and have worked so long with her. Having her name on this award makes it extra meaningful. She has done so much for the organization, and I am so grateful!”

One of Marcia’s favorite reasons for being a circle member and volunteer with Bellevue LifeSpring is the sense of community and the friendships she’s gained along the way. She appreciates the opportunity to form lifelong friendships around something so meaningful.

When Marcia first got involved, she had just moved to Medina from California and was starting a family. A neighbor came by and invited her to her first circle meeting. “The friendships that I’ve made over the years are priceless. Many friends have passed on, and a lot are still here, and I really value those friendships and the things I have learned. We all work together with a common goal to help while at the same time having fun together.” 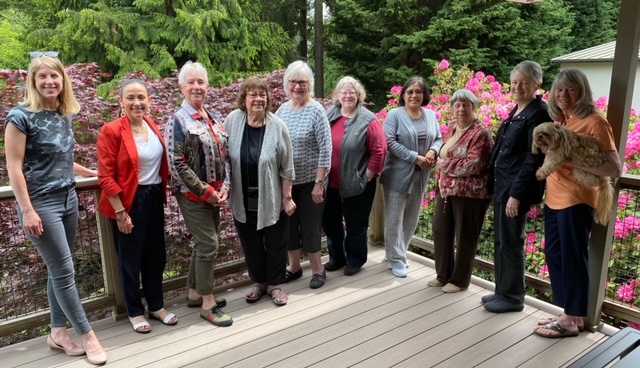 Marcia’s fellow circle members feel the same way about her! They have shared that Marcia moves quietly, behind the scenes, to get the job done and she is friendly, selfless, and loved by everyone who knows her. As the circle’s Communications Chair, her fellow circle members shared that Marcia’s contributions have been invaluable, calling her the glue that has helped keep the circle connected, informed, and entertained.

“She keeps us laughing with her daily jokes. Marcia is a strong, vocal advocate for Bellevue LifeSpring and all it does for our community. She represents what this award is about and is deserving of it,” shared Fairweather Circle Member Karin Dashen.

Marcia says giving where she lives is of utmost importance. “When my kids were growing up, and in school, I realized that you never know if the kid next to them has the food they need. Bellevue has always been known as an upscale community, and people think that nobody in Bellevue has any money problems, and of course, we know that’s not true. I feel it’s important to help kids, especially kids in my own community.” 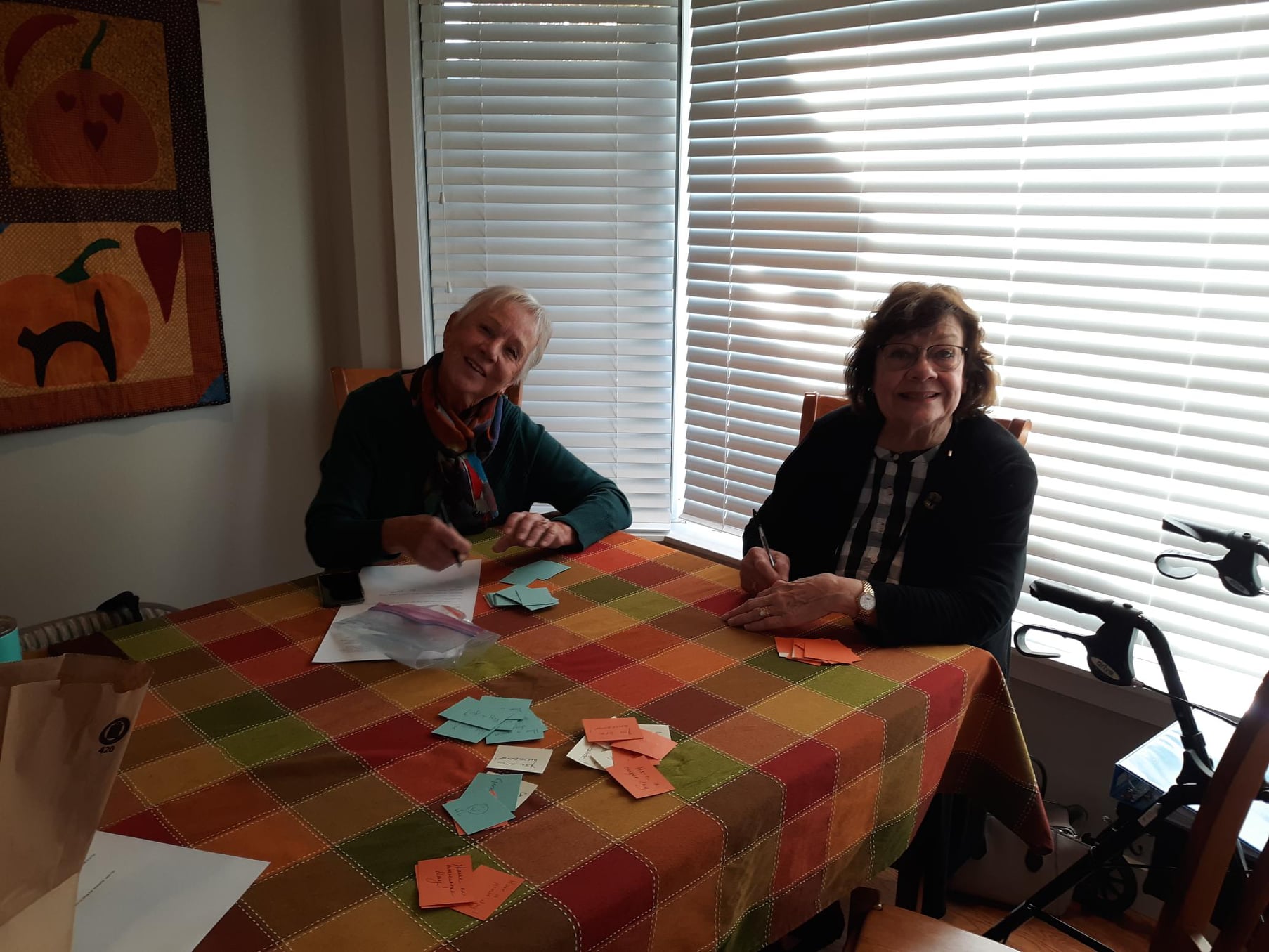 Marcia (on the right) writing positive notes to go inside snack packs for students.

When asked what she would say to someone interested in volunteering with Bellevue LifeSpring, Marcia replied, “I would tell them that it’s worthwhile and very gratifying. When we would deliver food to the schools during the pandemic, people were so moved by our efforts. It just made me feel good that I could help families that needed it.”

Thank you, Marcia, for everything you do for Bellevue kids!

Congratulations to Marcia and our impressive list of 2022 nominees: